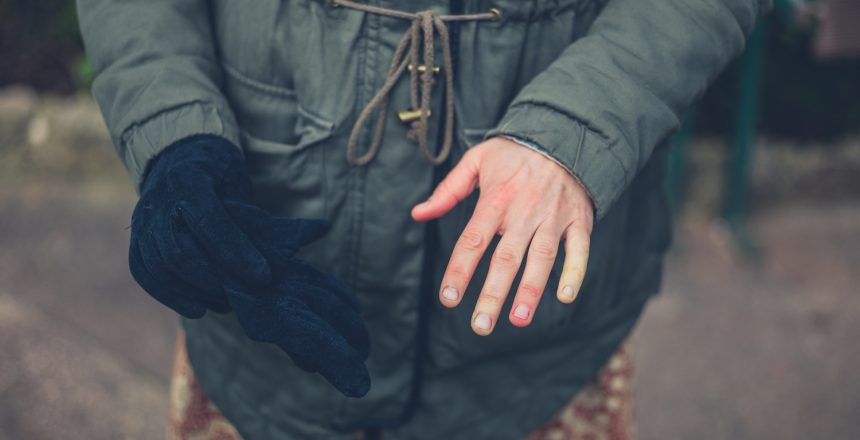 Raynaud’s Syndrome also called Raynaud phenomenon (RP) is a poorly understood condition that can cause many people distress. Because RP is poorly understood, the treatment options are relatively limited. Newer research into stem cell treatment is shedding light on a new, effective therapy for RP. While more research needs to be done for this treatment option to become the gold standard, stem cell therapy remains a viable management option for RP. Read more below to learn more.

Raynaud is a condition in which a person experiences vasospasms in their extremities, often their fingers, triggered by cold temperatures or emotional responses. It can stand alone, called Primary RP or Raynaud disease, or occur in conjunction with other symptoms, called Secondary RP or Raynaud syndrome. Primary RP has no identifiable cause but results in vasospasms of the arteries and arterioles in the fingers. Secondary RP may be caused by medications, smoking, trauma, blood disease issues, other diseases like connective tissue disease, etc.

The classic presentation of RP is fingers that change color and sensation after a particular trigger. For example, after exposure to cold temperatures, people with Raynaud have fingers whose arteries and arterioles constrict, causing decreased blood supply causes the fingers to turn white in the ischemic phase. This lack of blood flow causes decreased oxygen delivery. This turns the fingers blue, called the hypoxic phase. The third phase, the hyperemic phase, is the rewarming or removal of the trigger that then results in reperfusion. Blood rushes back in and the fingers turn red.

Dreaded complications of RP are related to the ischemia caused by blood loss. The tissue begins to die because it is not receiving oxygen. Complications include ischemia, necrosis, infection, and amputation.

Currently, Raynaud is treated with varying success. The first line of treatment is to avoid triggers. Common triggers are cold weather, dampness, and emotional stress. Another modifier is smoking. People with RP should immediately quit smoking since cigarettes also contribute to vasoconstriction. Doctors may also modify the medications a person is taking if they may contribute to RP.

Medical therapy is often used in the treatment of RP. The first line of medications is calcium channel blockers. The second-line is topical agents, such as nitroglycerin, to help the arteries and arterioles vasodilate. There are off-label treatment as well, meaning that doctors may use certain medications that are normally used for other conditions to treat RP. However, all of these medical therapies do have some side effects and are not always 100% successful in all people.

One study examined patients with secondary RP. Typically, these patients had RP associated with an autoimmune disease, such as Lupus or Rheumatoid Arthritis. They harvested stem cells from the patient’s bones. They then treated them in the lab to sort the stem cells that they wanted. They then took the hematopoietic stem cells and injected them into the radial and brachial arteries in the arms and the popliteal arteries in the knees that lead to the feet. They then measured many objective factors.

These researchers found that the outcomes of the patients that underwent stem cell treatment were better than patients that did not. Particularly, they found that these patients had improved blood flow, improved symptoms in terms of pain and altered sensation, and in some cases even improved condition of the necrotic area. The researchers conclude that this treatment is safe, low cost, and effective for people with RP.

RP is a poorly understood condition characterized by poor blood flow in the fingers and toes that can have terrible complications. Current treatment has side effects and may not be effective for everyone. People with particularly difficult cases can even suffer from amputations. Fortunately, researchers have found that stem cells may be a viable treatment for RP. If you would like to learn more about stem cell therapy for RP, contact us at the Stem Cell Transplant Institute today.