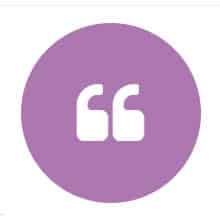 Below is a testimonial written by a gentleman whose wife had severe Alzheimer’s disease. The testimony came to us in the form of the email, below, in which he is basically informing his friends of the successes his wife had after treatment, and also included a copy to Dr. Mesen and Dr. Vargas that administered the treatment.

Please help me get the word out, there is hope for dementia patients!

I wanted to report on our experience with a stem cell infusion my wife had at a clinic in Costa Rica in late June 2019.

First and foremost I want to express how disturbing it is that there isn’t more information on the subject online!

When I first heard about stem cell infusion from my sister in law I was a little skeptical, she had an acquaintance tell her he had a remarkable outcome at Stem Cells Transplant Institute in Costa Rica.

Candidly, my sister in law said she had a feeling about the place he had told her about and not one to dismiss a women’s intuition, I did due diligence on their process and compared it to several others in the US and abroad, then decided we had to try it!

Inasmuch as the United States medical profession doesn’t have any answers or effective treatments for any form of dementia, I thought what have we got to lose?

My wife was diagnosed at Mayo Clinic in 2017 with Atypical, Atypical Alzheimer’s, which in real terms means it isn’t like normal Alzheimer’s, maybe FTD or one of the many other choices for dementia!

I learned from attending an FTD support group that the best way to look at the damage to their brain, was to think of Swiss cheese, sometimes they are in the cheese sometimes in the holes.

My wife had been on a steady regression since January 2019, by the end of May her speech was all but meaningless mutterings and redundant mantras.

I bathed and dressed her daily, sometimes she would get so apathetic she wouldn’t eat her meal, but I found I could spoon feed her sometimes and at least get her to eat.

Her brain was still working but her ability to articulate anything was strictly a job of interpreting what she was trying to say. Which I now understand I was off a lot!

A couple of weeks before the procedure the doctor asked that she be put on a sugar free diet, considering she had the worst sweet tooth of anybody I know, that was a challenge!

I was of the mindset if dementia shortens your life expectancy, I personally would want to eat whatever I craved, so I helped my wife put on 40+pounds, in a couple of years.

Post procedure the doctor asked to restrict her diet further to include:

This proved an even bigger challenge because for 62 years her diet was about gluten and sugar.

But we both strictly adhered to the diet restrictions, I wouldn’t consider eating what she couldn’t in front of her and I sure wasn’t going to sneak it!

About one month after her stem cell treatment my wife was having a tough day I could see she was struggling with something but neither of us had any idea what it was.

I was on the phone to one of her cousins whose husband has FTD looking for suggestions, when I could tell my wife wanted my attention. I got off the phone and was hugging her in our kitchen when she grabbed her head and said my brain is freezing, considering she hadn’t said anything discernable for a while, I said it is cold? She snapped back no it isn’t working and was now crying.

I started to cry uncontrollably because she was in such distress and now I knew what it was that she couldn’t communicate.

Suffice it to say, I think what she was experiencing was a brain reboot, because since that night she has blown me away with what she can articulate and understands.

I am a Christian, I believe in miracles but I think this is science albeit miraculous.

This is not a cure, I am not delusional, it however was the best money I have ever spent in my life.

To put it into a financial perspective, the first month of dementia care in facility costs $7,000-$10,000 (in our area), how many months can this stave off the inevitable!

She has lost the 40 pounds she gained is way more active now, I just wish we had done it 2 years ago.

I do have a caveat for caregivers;

I have been shocked at what my wife has told me that she couldn’t tell me when she couldn’t get out the right words.

My wife has been having bad dreams all along, something we never considered.

She is more demanding now because she can articulate her thoughts, needs, and wants.

I would be happy to answer any questions I can about our experience.