How Are Stem Cells Used in Treating Autism? 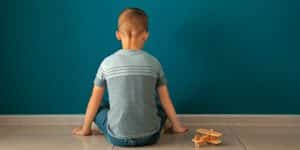 Autism is one of the few mental disorders that are still not completely understood by researchers. This has much to do with the fact that the disorder is defined as a Spectrum disorder meaning there are different levels of severity and types of symptoms. While understanding the disorder is difficult, treating it is even trickier.

Scientists and researchers have observed that stem cells present a viable option for the treatment of several diseases. The application of graphene scaffolds of extracellular vesicle-based therapies provides a very diverse range of applications according to Biomed Central. Scientists have garnered great insights by observing stem cells develop and transcend through several functional areas. In doing so, they have also learned to guide stem cells to replace diseased cells as a way of treating dangerous diseases.

Formal research for Autism began for a very different purpose. A 2008 research showed that blood transplants helped treat metabolic disorders in small children. This led scientists to research the infusion of mononuclear cells to treat diseases like Cerebral Palsy. As the successes of stem cell therapy for cerebral palsy became apparent, research for a potential cure for Autism also began.

How Does Stem Cell Therapy Work

The very first study exploring the use of stem cell therapy for autism took place with the support of Duke University and showed promising results. Thereafter, further research explored the use of Mesenchymal Stem Cells (MSC) to treat the disorder.

These cells are extracted from three primary sources:

The MSC cells are known for their immune privilege and potential for treating inflammation. At the same time, these cells reduce unhealthy neurons while adding healthier ones. This stimulates the immune system and helps curb ASD symptoms. Later, further studies by Duke University explored the efficacy of umbilical cord blood to help treat autism.

Studies have looked to supplement the injection of these cells with other techniques. Up till now, it has been seen that supplementing stem cell therapy with educational intervention. Not just that, such supplementation can also help reduce repetitive behavior and drastically improve communication skills.

The Road Ahead For Autism Treatment

Although stem cell therapy is still relatively new, the initial results in treating autism patients have been groundbreaking. At Stem Cell Transplant Institute, you can find qualified professionals to help with any stem cell therapy for your child. Keep up with recent updates to learn more about the advancing field.