Can Autism Be Cured? Common Treatments And A Ray Of Hope 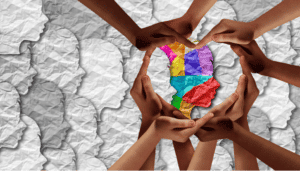 Autism is a neurodevelopmental disorder that is hard to define. The difficulty with giving the condition a specific definition arises from the fact that it manifests differently in all individuals.

As Autism has so many different manifestations and affects each individual at a varying level, experts prefer to call it Autism Spectrum Disorder. Instead of being regarded as a disease with specific symptoms, it is referred to as a disorder whose manifestations can vary from mild to very severe on a spectrum.

According to the Centre for Disease Control and Prevention, as much as 1 percent of the world’s population suffers from ASD. Even so, experts have not been able to find a viable and safe cure for the disorder yet. However, there are multiple treatments available that can manage and significantly reduce the intensity of the common symptoms of autism.

The most common manifestation of Autism is social withdrawal. Autistic individuals face several social challenges and have difficulty blending into society. These challenges include problems in communication, governing their behavior, and socializing with their peers. Supportive Social Therapy refers to many treatments commonly used in Autism to resolve these problems and help autistic individuals become a part of society. This is done through speech therapy, behavior therapy, and sensory integration therapy.

Adolescents with autism are frequently found to have a variety of coexisting psychiatric disorders. Patients are often seen to simultaneously experience an Obsessive-Compulsive Disorder, Attention Deficit Hyperactivity Disorder, or Oppositional Defiance Disorder to name a few. In these cases, the autistic individual requires relevant psychiatric therapy along with the supportive treatment that integrates him into society.

One of the greatest objectives of autism management is making the autistic individual independent. This starts early as self-care in the supportive treatment and transitions to occupational therapy as the person grows up and is expected to build a career.

According to the National Center for Biotechnology Information, Autism has a strong base in genetics, and there are various ways to predict if a certain set of parents are likely to produce an offspring that suffers from the disorder. This knowledge, compared with the medical advancements in the uses of stem cell therapy for neurodevelopmental disorders, suggests that there could be a viable cure for ASD soon.

The newly emerging stem cell therapy for autism is inspired by the success of stem cell therapy for cerebral palsy. Though the two neurodevelopmental conditions are very different from each other and each has its own set of limitations, there is enough similarity between the two to suggest that a similar approach to cure can be taken for both.

Early diagnosis and the right treatment help individuals who suffer from the disorder can lead a near-normal life. The progress in stem cell therapy is a ray of hope, and at Stem Cells Transplant Institute, we play our part in changing lives through it.