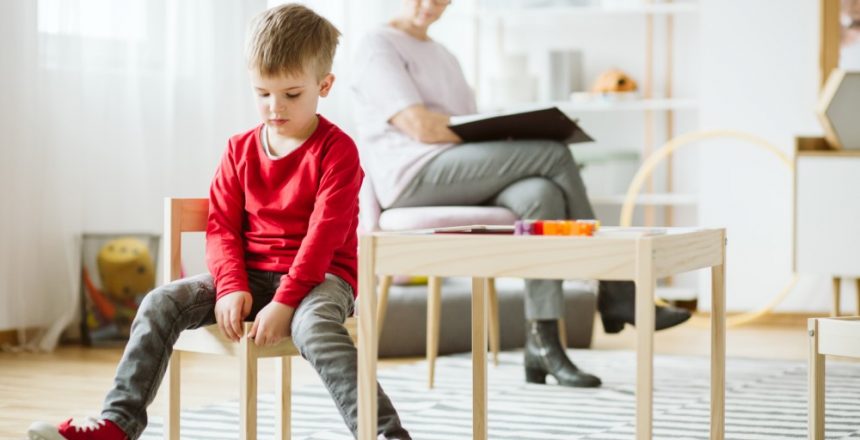 Autism Spectrum Disorder disturbs the patient’s perception of the world. The disorder has a unique physical manifestation in every patient and thus becomes difficult to diagnose.

The first step to figuring out autism – know about its levels.

The DSM-V and Autism Spectrum Disorder

The Diagnostic and Statistical Manual of Mental Disorders (DSM) is used to diagnose the disorder. Updated regularly, the manual includes information on several conditions by identifying the specific symptoms for the disorder.

The most recent version of the DSM is DSM-V. It identified changes in Autism Spectrum Disorder by combining the four different diagnoses into one and identifying different levels of disorders.

The three levels of ASD mean that it is now easier to identify where the patient lies on the spectrum and what treatment is ideal. The levels describe the behavior and severity of hindrance in social skills.

They are as follows:

Classified as the least severe, level 1 ASD patients may be able to function without substantial support. They can communicate verbally and maintain relationships but often struggle to carry or initiate a conversation.

Level 1 ASD patients also struggle with maintaining friendships without light support. Deviating away from an established routine may make them uncomfortable. This is why they prefer to stick to strict schedules and specific ways of doing things their own way.

These people often require some minimal support to organize and plan their lives.

People who qualify as Level 2 of ASD are known to require substantial support from the people around them. Yet, even that support may not be enough to help them take complete control over their life.

Communication for them is complicated given that carrying a coherent conversation is extremely difficult for level 2 patients.

Typically, such a patient may speak concise sentences and have difficulty understanding nonverbal cues and facial expressions.

While level 1 ASD patients feel uncomfortable at changing routines, level 2 patients get startled by even the most minute changes. This makes it extremely difficult for them to function during the day when several changes come up.

Level 3 of ASD is the most severe, and people that qualify for it require maximum support. Not only do they altogether avoid interaction, but also do not understand verbal and nonverbal cues.

They have extreme difficulty in forming friendships or maintaining them and face severe distress at changes in the day. They also indulge in disruptively repetitive behavior patterns.

This makes it impossible for these people to live independently, and they always need dedicated support to help function in society. They may take up complete isolation and avoid any interaction on their own.

Therapy for the 3 Levels

Beginning therapy early is perhaps the only way to improve the condition and help the patient while avoiding any progression through the stages.

However, with no known cure, finding the right therapy becomes a difficult feat to manage. In this regard, Stem Cell Therapy by Stem Cell Transplant Institute has emerged as a treatment with great potential to subdue autistic symptoms.

Given through a certain vein, the stem cells are thought to boost the immune and regulate the neural activity in the brain; thus, potentially helping against autism.

Autistic individuals may seem difficult to manage, yet the first step to a cure is by correct diagnosis of the 3 levels of autism, given its complexity and uniqueness to each individual patient.

Once diagnosed, you can move on to treatments like Stem Cell Therapy to reduce symptoms and reach a possible cure. For more information about treatments for Autism please contact the Stem Cells Transplant Institute today!