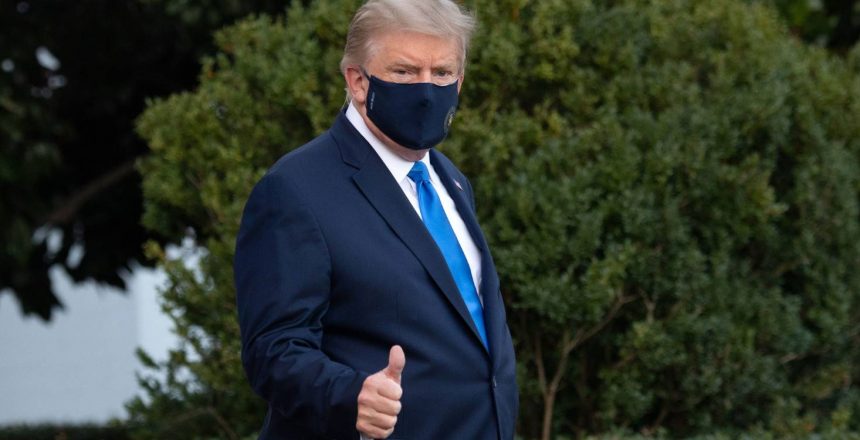 A few weeks before, President Donald Trump received anti-coronavirus antibodies developed using a cell line derived from abortion tissue. He later praised this cutting-edge therapy as “a miracle coming down from God.”

In the past, the Trump administration has looked to curtail medical research using fetal tissue from abortions. In 2019, the administration moved in to take an increasingly firm line against the National Institutes of Health (NIH) to fund research for experimentation using baby body parts. Trump supporters hailed the victory, called such studies, analyses, and clinical trials “outrageous and disgusting,” and thanked the administration for banning the experimentation. However, no one objected when it was a life and death situation for the president, and he faced a deadly encounter with covid-19. Anti-abortion campaigners were silent, and the administration raised no objections to the drug being derived using fetal tissue.

According to Regeneron Pharmaceutical (which produced the experimental drug), the antibody molecules were manufactured in “CHO” cells taken from a hamster’s ovary and not in human cells. The company states that fetus-derived cells were used in another way. They employed supply of human abortion cells called “HEK 293T” to assess its antibodies’ potency. The origin of these cells was a kidney tissue derived from an abortion in the 1970s. Since then, these cells are tagged as immortalized as they keep dividing and growing in the lab, just like cancer cells. Furthermore, HEK 293T cells have reportedly undergone several genetic changes and additions in the past 50 years.

Regeneron pharmaceutical states that it employes HEK 293T cells to produce virus-like structures called “pseudoparticles.” These particles contain protein spikes – just like the deadly coronavirus, and thus help assess the potency of antibodies by testing how well they can neutralize the virus. The company has put forward two antibodies as an experimental treatment that would have been produced using the same cells.

Because these cells have lived so long in the laboratory and were derived from abortion tissues many decades ago, the chances of involving abortion politics are meager. According to a Regeneron spokesperson, “Alexandra Bowie,” their company did not use fetal tissue for producing pharma products, and HEK 293T cells available today are not considered fetal tissue.

The Trump administration seems to curtail fetal tissue research that requires 293T cells from recent abortions. For instance, the Department of Health and Human Services has created a new board in August and gathered figures that oppose the use of abortion tissue for experimentation purposes. The board puts rejections on research that seek experimentation on fresh abortion tissues and allow studies and clinical trials involving older and well-established 293T cell lines – like the type employed by Regeneron pharmaceutical. However, creating new cell lines to produce valuable pharma products and vaccines is one reason scientists want to explore fresh abortion tissue. During the current crisis, such experiments can also help boost research for producing anti-coronavirus vaccine on a large scale.

Stem Cells Transplant Institute is a known regenerative center in Costa Rica. Our treatment facility is held to the highest standard and offer regenerative techniques for a wide range of medical conditions. All treatment plans are followed by a comprehensive diagnosis and customized per client. Contact us today!