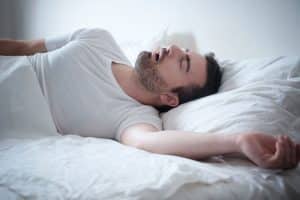 According to a study recently released by The American Academy of Neurology, people who experience sleep apnea, or stop breathing while sleeping, may have higher accumulations of the Alzheimer’s biomarker called tau, in an area of the brain that helps with memory. The study will be presented at the American Academy of Neurology’s 71st Annual Meeting in Philadelphia, May 4 to 10, 2019.

Note: Despite all advances in stem cells research and the application of these therapies in many countries all over the world, stem cells therapies are not legally approved yet in San Diego, Los Angeles, Chicago, Dallas, New York, Jacksonville, Seattle, Houston, San Francisco, Salt Lake City, Miami, Beverly Hills and other US cities. However, stem cell treatments are legal in Costa Rica.

A joint venture on chemical safety, the International Program on Chemical Safety, led by the World Health Organization (WHO) and in coordination with the United Nations and the International Labor Organization, has defined a biomarker as “any substance, structure, or process, that can be measured in the body, or its products, and influence or predict the incidence of outcome or disease”.

The study involved 288 people age 65 and older who did not have cognitive impairment. Bed partners were asked whether they had witnessed episodes of stopped breathing during sleep.

Patients had PET brain scans (Positron Emission Tomography) to look for accumulation of tau tangles in the entorhinal cortex, an area of the brain located in the temporal lobe that helps manage memory, navigation and perception of time, and is more likely to accumulate tau than some other areas in the brain. Investigators found that 15% of the participants whose bed partners witnessed apneas when they were sleeping had on average 4.5 percent higher levels of tau in the entorhinal cortex than those who did not have apneas.

Retirement communities with stem cell treatment are experiencing the benefits of this therapy.

Stem cell transplantation, at the sites of neuronal degeneration, is a very promising approach for the treatment of different neurological diseases such as Alzheimer´s disease. It has been shown that human neural stem cells transplanted into brains can differentiate into neural cells and significantly improve cognitive function.

Stem cell therapy at the Stem Cells Transplant Institute can help improve the signs and symptoms of Alzheimer´s disease.

Traditional Alzheimer´s Disease treatment is only able to reduce the degree of impairment, but using stem cells has opened up the possibility of actually repairing the central nervous system for patients suffering from degenerative neurological diseases like Alzheimer´s disease.

Contact the experts at the Stem Cells Transplant Institute to learn more about stem cell therapy.